How does a bartender train in isolation?

It’s not customary for bartenders to take work home, but when circumstances dictate, they must change the routine and use it to their advantage.

Improvised bars, more space for research and self-improvement, online competitions and challenges open new doors to creation and demonstrate that quarantine, more than an obligation, can turn into a possibility.

About five hours a day dedicated to perfecting his skills in the flair―a technique in which he specializes―and the development of signature cocktails have taken up much of the time of John Gerald, bartender at the Creperie Oasis Nerva. 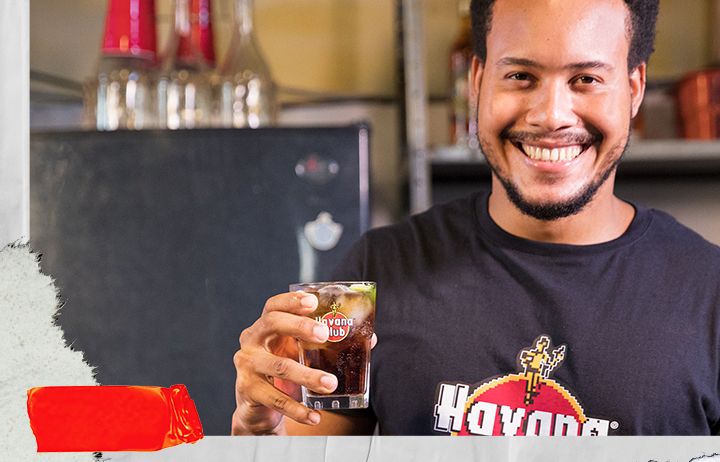 “At this stage I’ve participated in international online competitions that have allowed me to stay active and gain a lot of experience for my future presentations.”

Reading, watching videos about cocktails, about bars, has also defined his training at home, activities that are part of the routine of many of his colleagues.

In this sense, Reynier Ernesto Rodríguez, head of Bars at the Meliá Cohiba Hotel, recommends doing research on the international trends in bars, and getting information on what’s most contemporary in the world of bartending, as one of the most important pillars for the development of a good bartender. 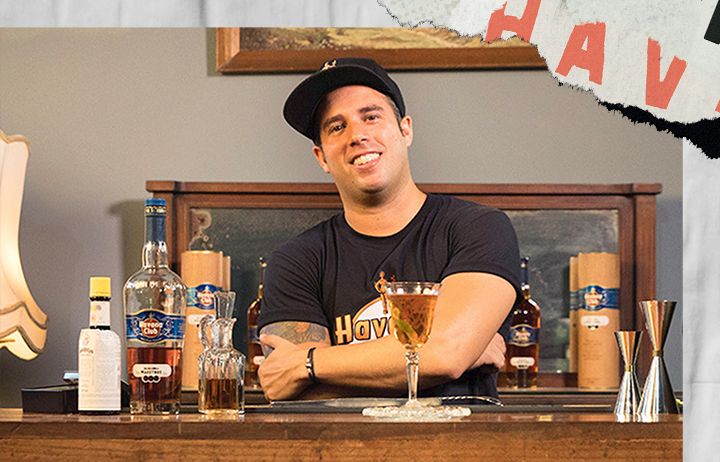 To these tips, the Habanos Sommelier Jesús Alemany adds a very particular one: “One always tries to remember the smells and flavors present in cigars. I have several cigars at home from different territories’ flavors and not all of different brands. Almost every day I touch and smell them, they always give you something and that activates your olfactory memories.” It is a priority not to stop training, which is why, he confesses, at least 3 times a week he tries to light a Cuban cigar and accompany it with a cocktail, wine or some spirit that he selects after lighting the Habano.

Thus, forced confinement turns into opportunity and the time that we thought wasted, in a profitable period.

From a distance, Havana Club approaches

During the current stage, the brand has supported all the provisions established to take care of health, but without giving up being close to you. As it says from its Facebook page: “The distance is temporary, but our love is permanent.”

Social networks have become the new stage par excellence and from there, Havana Club has accompanied both its followers and bar professionals who have a great ally in each of its rums.

Challenges and tutorials have served as a link. Added to each initiative is the call to stay at home and drink responsibly.

Bartenders have been permanent protagonists: they have measured their skills from another perspective, and they have also shown users an easy way to make cocktails to enjoy with the family.

#MiCóctelHavanaClubenCasa was one of those challenges that encouraged the inventiveness of several bartenders. John Gerald’s recipe was the best rated by the brand’s followers on Facebook. Its author acknowledges that he had to do a great deal of studying to achieve the desired mixture, finally composed of:

Also, not being a professional, preparing cocktails at home can be very easy with the help of Havana Club.

Learning about ingredients and ways of preparing classic and modern Cuban cocktails, whose base is El Ron de Cuba, from experienced bartenders is now possible thanks to a series of tutorials.

In addition to cocktails, which are increasingly liked by consumers, our interviewees recommend enjoying Havana Club rum responsibly at home. A family reunion, a game of dominoes and even some time alone can be a good occasion.

Gerald proposes the Havana Club Añejo 3 Years, and the Cuban Smoky which, although it can be used in a digestive cocktail, can be taken very well alone.

Under the premise that all Havana Club products are excellent, Jesús Alemany adds to this list an extra vintage rum like the Havana Club 15 Years, “very virtuous, with many qualities, magical.” As a sommelier, he suggests pairing it with a cigar of thick stocks and a medium to strong flavor territory.

The specialist affirms that a luxury option is the Havana Club Iconic rums, which allows you to delight in “a diverse world of sensations.”

And for the little ones? They can also join the healthy world of cocktails at home. The experienced Reynier Ernesto Rodríguez suggests preparing mocktails, based on natural juices, including the mixture of some of them, syrups, soft drinks and non-alcoholic liqueurs.

Perhaps, a bit of imagination in the decoration can give a new image to the usual snack.

Back to the bar

Maintaining the distance between tables, the use of masks, frequent hand washing―an inseparable practice of this profession―, disinfecting surfaces when customers finish consuming, among other requirements will be the redoubled standards to be met by bartenders and gastronomic professionals in the new times.

Likewise, Reynier urges “to take into account everything that has happened worldwide in the main regions that produce and market beverages and products in general that we have in bars, and then make a study on the possible modifications that daily service will face.”

La reconocida marca de ron cubano se sumó a “This is my concept”, una b ...